The Plots Of Your Favorite Movie Backwards? – Movies 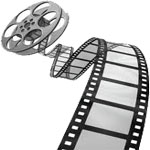 What would be the plot of your favorite movie if it was played backwards?

Jaws backwards is the story of a giant shark that throws up so many people they have to open up a new beach.

King Kong backwards is the story of a giant gorilla that jumps to the top of the Empire State Building to rescue a woman from an evil gang of planes. He climbs down with her and goes to a theater, where he meets Carl Denham, who takes him back to his tropical home on a hidden island. There, the gorilla resumes his job as Dinosaur Doctor, fixing such ailments as broken necks and lacerated tongues.

The Birds backwards is the story of a quiet seaside village inhabited almost entirely by birds. Humans begin to violently attack the birds for no apparent reason. Determined to drive away the birds, the humans cover themselves in blood and pretend to be injured (we see later that they weren’t really hurt). The birds are so scared they quickly fly away after each encounter. In the end, the birds are forced to abandon their homes. The humans appear to have no regrets about what they’ve done.

Psycho backwards is the story of a young man who magically brings his dead mother back to life. Realizing he could use this power to help others, he resuscitates several people who had tragically died at his hotel and nearby house. One woman is so happy to be brought back to life, she secretly gives thousands of dollars to her worried boss. Her boyfriend is equally happy to see her once again, so they head off to the nearest hotel.

Titanic backwards is the story of an enormous iron ship that surges up from the vast depths of the ocean in order to save a large number of people who are inexplicably, and somewhat foolishly, floundering in the water near an iceberg. It then takes them back to Southampton.

The Lord of the Rings backwards is the story of a mentally challenged Hobbit who overcomes his disability by retrieving his finger — and a golden ring — from the depths of a sinister volcano. As an act of gratitude, he travels the known lands in order to save people’s lives by pulling swords out of their bodies. The Hobbits then spend the rest of their days in the peaceful idylls of the countryside.

The Matrix backwards is the story of a young man who, after a long day of beating people up in videogames, takes a sleeping pill from a black guy in sunglasses so he can wake up in time for his boring office job in the morning.

Around the World in 80 Days backwards is the story of a man who is given a large sum of money and proceeds to go around the world. When he returns to London, he proudly states it can be done and would like to wager money on the expedition.

Night of the Living Dead backwards is the story of a bunch of drunks who blunder around an old house in the countryside. They gradually sober up as morning approaches, kindly replace people’s misplaced internal organs, and carefully sew up the wounds with their mouths.

One Flew Over the Cuckoo’s Nest backwards is the story of a silent Indian Chief who breaks into an asylum and revives his friend with a magic pillow. After a successful lobotomy reversal, they have a huge party to celebrate. The Indian feels his work is done and doesn’t say anything else. All the patients love the Indian’s friend, even though he slowly destroys their sense of freedom and imagination with increasingly dull stunts. Eventually, he pretends to be cured so he can serve his time in a regular jail.

Sleeping Beauty backwards is the story of a beautiful Princess, who is bored with her opulent lifestyle and husband. She asks her fairy godmothers to send her to sleep for a hundred years in the hope that something better will turn up. To her consternation, she is woken early with an upset stomach by a wicked queen who quickly heals the Princess by throwing a spinning wheel at her. The Princess sings a song about losing Princes and gets close to nature by working on a farm.

The Third Man backwards is the story of American writer Holly Martins who rescues his friend Harry Lime from poverty in the sewers of Vienna. Harry, his faith in life restored, begins to heal children who suffered brain-damage from diluted morphine, and goes around giving money to people. Harry and Holly begin to drift apart, and eventually, Harry is killed in a car accident. Holly returns to America surprisingly optimistic.

The Shawshank Redemption backwards is the story of Andy Dufrayne, who arranges for his old friend Red to be sent to prison, after tiring of his company. Wracked with guilt, he crawls through a sewer in order to get into the prison to see his friend again. Concealing his entrance behind a picture of Rita Hayworth, Andy begins a long campaign of disposing of all of the warden’s money by giving it to various people. He then destroys the library in a mad rage and causes a lot of guards to fail to complete their tax returns. Once again wracked with guilt, Andy forces a gang of men to beat him as he gradually loses all his friends. Eventually, the warden has had enough and throws Andy out of the prison, where he acquires a wife when she is resurrected by a friendly burglar. He then takes up banking and lives happily ever after.

Hamlet backwards is the story of a man who restores his own faith in humanity by administering an antidote to his poisoned friends and family, jumping out of a grave, curing his girlfriend of severe mental illness, and furthering his own grasp on sanity in time for his long-lost father to return in triumph as King.

Leaving Las Vegas backwards is the story of a terminally-ill man who is healed, thanks to the curative powers of alcohol.

The Fast and the Furious backwards is the story of a man who is given a huge going-away party just before he begins a quest to drive as fast as possible while shifted into Reverse. His quest is complicated by others who believe they would better at driving backwards. Incredibly, all the contestants tie for first place in every race they enter. Even more remarkable, they simultaneously run out of gas just as they reach the finish line. Seeing the futility of this, they return to their former lives.

Memento : if you watch memento backwards, it makes sense

Scarface: If you watch scarface backwards, is about a man who gives up cocaine and crime to follow his dream of becoming a dishwasher to earn enough money so he can visit cuba

These were collected from various websites online. simple look up Movie plots backwards on google.