Nirvana Pink Floyd U2 Deluxe – Music of The Week 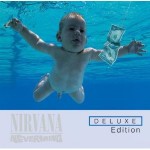 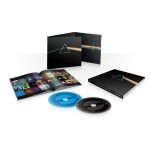 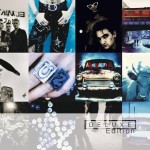 This week sees the deluxe editions/ remastered versions of Nirvana’s Nevermind, Pink Floyd’s Dark side of the moon and U2’s Achtung Baby. There are also many different versions for the 20th anniversary editions of Nevermind and Achtung Baby to choose from depending how deep your pockets are. I don’t need to talk about these albums because they speak for them selves. If you do not own all 3 of these albums you can are clearly not into music. All 3 are classic albums so buy them, owen them and sing along to them. And for some of us sing along to the song just like the first time you heard them.

Please choose an album to read the review about.

With 30 million copies sold worldwide since its original release on 24 September 1991, Nevermind is as much a part of the classic rock canon as anything by the Stones or The Beatles, Dylan or The Clash. But then, you know that. It’s been in the uppermost reaches of any best-albums-ever list for as long as this writer can remember; its legacy, its influence, is undeniable. And what its unexpected success – a then-optimistic label estimate of selling 250,000 copies was blown out of the water – meant for primary songwriter Kurt Cobain has been well-documented. The frontman had a troubled relationship with fame: on the one hand he’d been desperate for it, but on the other he missed his anonymity desperately. And we all know what happened in April 1994, leading to the end of Nirvana after just three studio LPs and less than six years as a record-releasing force.–Mike Diver - read More

Pink Floyd – The Dark Side Of The Moon

Recorded over 6 months in 1991 in Berlin and Dublin, Achtung Baby was U2′s seventh studio album. It was produced by Daniel Lanois , Brian Eno and Steve Lillywhite and mixed and engineered by Flood. Led by “The Fly”, Achtung Baby spawned four more huge hit singles, “Mysterious Ways”, “One”, “Even Better Than The Real Thing” and “Who’s Gonna Ride Your Wild Horses”. Heralded by Rolling Stone’s Robert Hilburn as “U2’s daring descent into darkness”, the album was awarded the Grammy for Best Rock Performance and became one of the most acclaimed rock records of the nineties and of U2′s career. As Bono said at the time, it was “the sound of four men chopping down the Joshua Tree”.
This deluxe edition is a two CD set containing the re-issue of the original album plus B-sides and rarities.- read More

Disc: 2
1. Lady With The Spinning Head (UV1)
2. Blow Your House Down
3. Salomé
4. Even Better Than The Real Thing
5. Satellite Of Love
6. Who’s Gonna Ride Your Wild Horses (Temple Bar Remix)
7. Paint It Black
8. Even Better Than The Real Thing (Fish Out Of Water Remix)
9. Mysterious Ways (The Perfecto Mix)
10. Night And Day (Steel String Remix)
11. The Lounge Fly Mix
12. Fortunate Son
13. Alex Descends Into Hell For A Bottle Of Milk/Korova 1*
14. Where Did It All Go Wrong?