The Dark Knight Rises – Movie of the Week 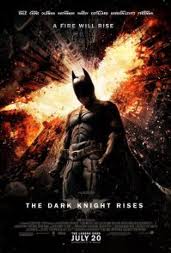 The Dark knight rises, I went to see this on the opening night and thought is was very good but not as good as the dark night. There was too much plot line and it intrupted the action at some points. The action was great with all the bell and whistels you would expect from a batman movie. There was alot of loose ends tied up but i don’t think we have seen the end to the Batman.

Verdict -With spectacle in abundance and sexiness in (supporting) parts, this is superhero filmmaking on an unprecedented scale. Rises may lack the surprise of Begins or the anarchy of Knight, but it makes up for that in pure emotion. A fitting epitaph for the hero Gotham deserves. – read more