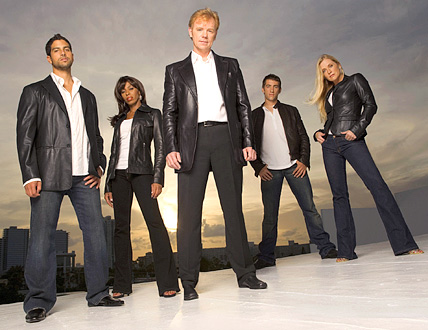 Fast-paced crime drama that follows the investigations of a cutting-edge forensics team based in the tropical climes of southern Florida. A spin-off of the hugely popular television series C.S.I. – CRIME SCENE INVESTIGATION, C.S.I. MIAMI places more emphasis on police work than science–sharing its parent show’s penchant for grisly crime re-enactments–and boasts a flashier cinematographic style that befits its sun-kissed locale.

Following in the footsteps of the highly successful forensic drama CSI, this series focuses on the crime-rich city of Miami, Florida.

With cutting-edge technology at their fingertips, each series in the CSI franchise allows viewers to fully understand every step involved in investigating the science of each case.

From relationship issues to family drama, this particular series delves much deeper into the private lives of the characters than the other two shows in the franchise. As much as we love watching a case unfold, we can’t help but eagerly anticipate those romantic developments between our favourite characters each week.

(victim is lying dead on the floor, with a knife in his head)
Ryan Wolfe: Knife missing from this block could be our murder weapon.
Alex Woods: [sarcastically] Nice work, Ryan. Think you may have cracked the case.
Ryan Wolfe: Thanks. I have a keen grasp of the obvious.

Horatio Caine: We are being detoured into the land of make-believe.