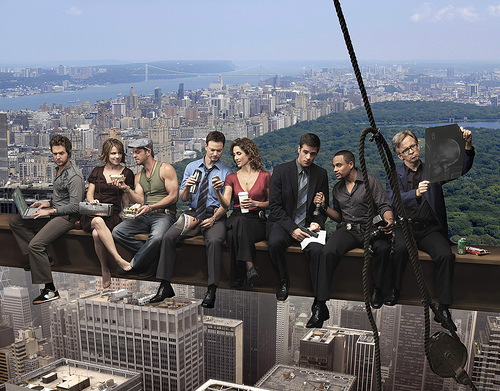 The Third of two spin-offs launched by the hugely popular television series C.S.I. – CRIME SCENE INVESTIGATION, C.S.I. – NEW YORK distinguishes itself with an even darker, grittier tone than either of its predecessors by grounding the action in the gloomy aftermath of post-9/11 New York.

Bathed in somber, blue-tinged cinematography, the spin-off emphasizes well-drawn character development without sacrificing any of the grisly criminal and scientific elements that made its

(Mac hands Danny a lighter)
Mac: You want to do the honours?
Danny: Are you lighting your arm on fire in the name of science?
Mac: What other job allows you to set your boss on fire? Going once, going twice…

Stella: She was in Central Park.
Mac: Looks like we’ve got ourselves an 800-acre crime scene.

(Stella talks to wife of man obsessed with amputating his leg.)
Stella: You’ll have to make arrangements with the ME’s office for his body.
Wife: He didn’t want his body when he was alive. I certainly don’t want it now that he’s dead.

(Danny is reading ‘Trendy Magazine’. Stella enters)
Det. Stella Bonasera: If you wanted beauty tips, all you had to do was ask.
Danny Messer: Do you know that waterproof mascara dries out your lashes? That’s amazing.