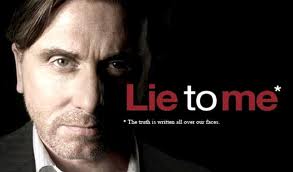 Lie to Me* is an American television series that premiered on the Fox network on January 21, 2009. In the show, Dr. Cal Lightman (Tim Roth) and his colleagues in The Lightman Group accept assignments from third parties (commonly local and federal law enforcement), and assist in investigations, reaching the truth through applied psychology: interpreting micro expressions, through the Facial Action Coding System, and body language.

Based on the real-life scientific discoveries of Paul Ekman, the series follows Lightman and his team of deception experts as they assist law enforcement and government agencies to expose the truth behind the lies.

The season opens with Cal and Gillian hiring a new associate: former TSA officer Ria Torres. Ria scored extraordinarily high on Cal’s deception detection diagnostic, and is labeled a “natural” at deception detection. Her innate talent in the field clashes with Cal’s academic approach, and he often shows off by rapidly analyzing her every facial expression. She counters by reading Lightman and when he least expects it, peppers conversations with quotes from his books.

It was gradually revealed that Dr. Lightman was driven to study micro-expressions as a result of guilt over his mother’s suicide; she claimed to have been fine in order to obtain a weekend pass from a psychiatric ward, when she was actually experiencing agony (which mostly parallels Paul Ekman’s anecdote in his book Telling Lies).

For a small number of the early episodes Lightman would team up with Torres working on a case, while Foster and Loker would team up on a separate case. Occasionally their work would intertwine or Foster or Lightman would provide assistance on each others cases. As the first season progressed, the cases became more involved and all four of the main characters would work together on one case for each episode. This formulaic technique is often used in the first episodes of a new series to help establish the characters.

In addition to detecting deception in subjects they interview, Lightman and his team also use various interviewing and interrogation tactics to elicit information that is useful to their cases. Rather than by force, they instead use careful lines of questions, provocative statements, theatrics and healthy doses of deception on their own part. In the show’s pilot episode, Lightman is speaking to a man who is refusing to speak at all, and is able to discern vital information by talking to him and gauging his reaction to each statement. This approach is also taken in several other episodes (e.g., “Do No Harm”). 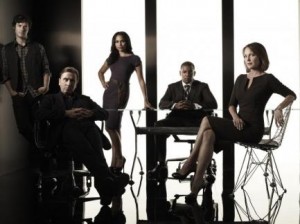 Lightman: Nice work in there, by the way. You’re one of the best liars I’ve seen in a long time.
Burns: Back at you.
Lightman: So you’re just not in Gillian’s life for a bit of the old, you know –
Burns: Sex? You can’t say the other word, can you?
Lightman: Love?