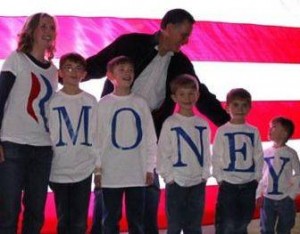 Willard Mitt Romney (born March 12, 1947) is an American businessman who served as the 70th Governor of Massachusetts from 2003 to 2007. He was the Republican Party’s nominee for President of the United States in the 2012 election.

Raised in Bloomfield Hills, Michigan, by his parents Lenore and George W. Romney, Mitt Romney spent two and a half years in France as a Mormon missionary starting in 1966. He married Ann Davies in 1969, with whom he has had five children. By 1971, Romney had participated in the political campaigns of both his parents. In that year, he earned a Bachelor of Arts at Brigham Young and in 1975, a joint Juris Doctor and Master of Business Administration at Harvard. Romney then entered the management consulting industry and in 1977 he secured a position at Bain & Company.

Later serving as its chief executive officer, he helped lead the company out of financial crisis. In 1984, he cofounded and led the spin-off company Bain Capital, a highly profitable private equity investment firm that became one of the largest of its kind in the nation. His considerable net worth, estimated in 2012 at $190–250 million, helped finance his prior political campaigns.