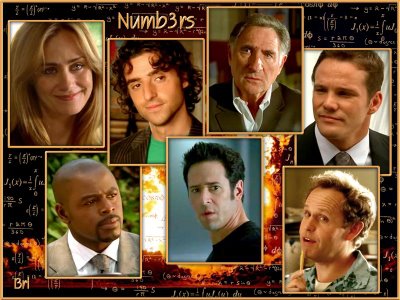 In the Los Angeles office of the Federal Bureau of Investigation, Special Agent Don Eppes and his team investigate critical and baffling crimes with a special edge. That advantage is Don’s brother, Charlies Eppes, a brilliant universalist mathematician who uses the science of mathematics with its complex equations to ferret out the most tricky criminals. With this team, the forces of evil learn their number is up.

Dr. Larry Fleinhardt: You know that it’s considered unsolvable?
Charlie Eppes: Well, certainly people who have failed to solve it might think that.

Charlie Eppes: Please, understand, sometimes I can’t choose what I work on. I can’t follow through on a line of thinking just because I want to, or, or because it’s needed. I have to work on what’s in my head. And right now, this is what’s in my head.

Don Eppes: [picks up paper airplane off floor] Who made this?
Charlie Eppes: Me. Why?
Don Eppes: Well, wings are a little thin here, buddy.
Dr. Larry Fleinhardt: Hey, wait, wait, let me see this.
Charlie Eppes: Forgive me if all my years of advanced applied mathematics take issue with that assessment.
Don Eppes: Yeah, well, you’ll forgive me if all my years of high school detention say I’m right

Colby Granger: Colonel in Special Ops said he was the bastard son of Clint Eastwood and Yoda