Balibo – Movie of The Week 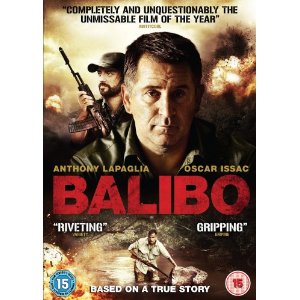 I thought this was a very interesting movie about a piece of history that I was unaware of. This movie tells the story of 5 Australia journalists that go to Balibo East Timor in 1975 to cover the invasion by neighbouring Indonesia who eventually go on to kill 185,000 East Timorese. These 5 journalists go missing and a young José Ramos-Horta (now president) goes to Australia to get veteran reporter Rodger East to investigate and also he needs him to become the head of the East Timor News Agency. There is some great scenery through out the movie and it gives you a great feel for East Timor in 1975. The acting is good through out but it is the story that takes center stage here. Well worth watching, “Let’s We Forget”

Explosive political thriller, telling the true story of crimes which have been kept hidden for over 30 years. As Indonesia prepares to invade the tiny nation of East Timor, five Australian-based journalists go missing. Four weeks later, veteran foreign correspondent Roger East is lured to East Timor by the young and charismatic José Ramos-Horta to tell the story of his country and investigate the fate of the missing men. As East’s determination to uncover the truth grows, the threat of invasion intensifies and an unlikely friendship develops between the last foreign correspondent in East Timor and the man who will become President. Starring Golden Globe winner Anthony LaPaglia (Without a Trace, Summer of Sam, The House of Mirth) and Oscar Issac (Che, Body of Lies, Robin Hood) – click here to read more