The Way – Movie of The Week 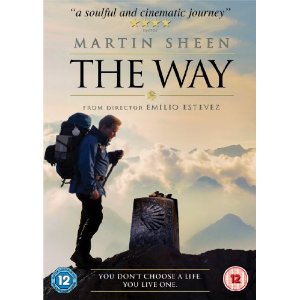 The way takes place on the Camino de Santiago in Spain and France and features Martin Sheen as a father walking in the footsteps of his son who went to find himself but died on the Camino de Santiago trail. Along “The Way” Tom (martin Sheen) finds himself and his connection with this son.  This is a really good film and it is one of the better road/walk movies out there.  Certainly worth a watch for the scenery and the music and the acting as Martian Sheen is great as per usual. Enjoy.

Martin Sheen plays Tom, an American doctor who comes to France to collect the remains of his adult son, killed in the Pyrenees in a storm while walking The Camino de Santiago, also known as ‘The Way of Saint James’.  Driven by his profound sadness and desire to understand his lost son, Tom decides to embark on the historical pilgrimage, leaving his California life behind. Armed only with his son’s backpack and guidebook, he begins the 800km historical pilgrimage but soon discovers that he won’t be alone on this journey – he meets other pilgrims from around the world, all broken and looking for greater meaning in their lives. From the hardship experienced along “The Way” an unlikely group of misfits are bonded and Tom begins to learn the difference between “The life we live and the life we choose.”  The Way was filmed entirely in Spain and France along the actual Camino de Santiago. - read more