Smokin’ Joe Did It The Hard Way 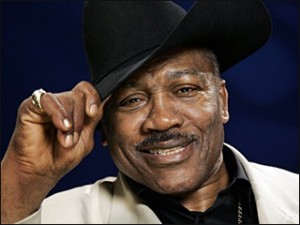 I read this article today and i thought i would share it with you all. Smokin’ Joe did it the hard way because hard was all he knew

It didn’t matter: every opponent lived in mortal dread of that one hand. It was his left and it was a vicious instrument. If it got through to the body often enough, said one American fight-writer last week, it could leave a man passing blood for a month.

Frazier died from cancer last Monday at the age of 67. In 1964, aged 20, he won an Olympic gold medal. In February 1970, he became heavyweight champion of the world. In January ’73, he lost his title to George Foreman and never got it back.

As a man, he was hard to the bone. In the ring he was a relentless grinder, stoically walking his way through punches and then pounding away when he got within range. He was fearsomely strong, in body and mind.

And this dual strength had its roots in a childhood that could’ve been straight out of a John Steinbeck novel. “I never had a little-boy life,” he once said.

A black boy in the segregated south, Frazier was one of 12 children brought up on a ten-acre farm in South Carolina. They had two mules; they grew cotton and kept hogs. His father Rubin made moonshine, a corn liquor, for extra cash on the side. Joe learned young how to drive the mules, pick the cotton, bend his back. “I cooked the liquor, I cut the wood, I worked the farm.”

The hardship then, prepared him for the hardship of his fighting life. It wasn’t just the punishment he took inside the ring. It was also the punishment he was able to inflict on himself in the gym. His style of fighting demanded supreme fitness. Crucially, he had the discipline and dedication to acquire it. He was a magnificently conditioned athlete in his prime and in many ways it was the cornerstone of his career.

He carried it with him all his life, this pride in his strength and stamina. He had health problems in later life, diabetes and high blood pressure. In 2002, a traffic accident left him with neck and back injuries that required six operations. He was living alone by then in the apartment above the boxing gym he ran in a dilapidated part of Philadelphia. Asked about his health in recent years, he just shrugged his shoulders and said: “Conditioning helps out. A sound body keeps a sound mind.”

He had lost all the millions he’d made by then too. Larry Holmes, one of his successors to the heavyweight title, was rumoured to have helped pay for Frazier’s operations. He refused to confirm that he had. “But,” said Holmes when asked, “know this about my friendship with Joe: if I had four dollars left in my wallet, two of those would go to Joe.”

Frazier left home at the age of 15 and wound up in Philadelphia. There he found the fight game — or perhaps, in hindsight, it was inevitable that the fight game would find him.

The journalist William Nack once wrote in Sports Illustrated that Frazier in the ring was “like a man simultaneously pushing a plow and chopping wood.” He’d

brought his farmboy’s strength with him from South Carolina, and his capacity for hard labour. And it wasn’t all he brought. Inspired by the likes of Rocky Marciano, Willie Pep and Sugar Ray Robinson, he’d rigged up a rudimentary heavy bag on the farm — a sack filled with corncobs, rags and moss, and stabilised by bricks. “For the next six, seven years,” he wrote in his autobiography Smokin’ Joe, “damn near every day I’d hit that heavy bag for an hour at a time.”

Finally there was one more gift from his youth which turned out to be priceless — that left hook. Once again it was the product of his family’s desperate circumstances. Rubin had lost his left arm a year before Joe was born. In time Joe became his father’s left arm. “I used to pull a big cross saw with my dad. He’d use his right hand so I’d have to use my left.” That same left arm was badly damaged in a farm accident during his early teens. Unable to afford a doctor, the arm was left to heal crooked. Frazier was never able to fully straighten it again. But for boxing purposes, he turned this defect into the formidable weapon it became. It was as if, he explained, it was “permanently cocked” for the left hook.

One of the jobs he took in Philadelphia was in a kosher slaughterhouse. It was here, famously, that he practised his left hook on the hanging carcasses in the cold room.

Unschooled, inarticulate and taciturn, Frazier the champion was not given to philosophical reflections on the meaning of his trade. “Work,” he said in 1973, “is the only meaning I’ve ever known.”

But he knew plenty about suffering by then, man and boy. And he’d know plenty more about it before he finally quit the ring.

And in time he was well able to speak his truth. Last week one of his protégés, the undefeated Philadelphia welterweight Mike Jones, paid tribute. “Smoke did a lot of good by me. He taught me that the boxing game was very serious. He also said, ‘You get your brain shook, your money took, and your name on the undertaker book in this game’.”